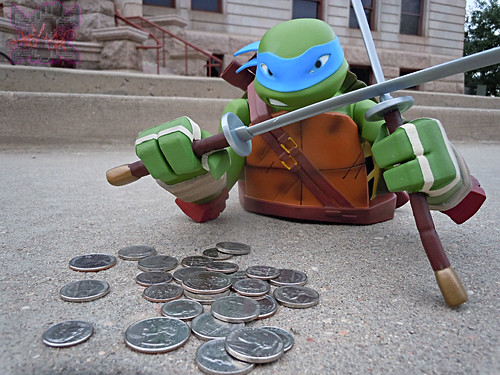 –>> Very roughly 8″ scale; Art Asylum’s sculpt of these fully functioning coin banks is darn near dead on T.V. show accurate; paint and all. Each bank is semi-articulated allowing for a limited range of posability on your shelf or wherever the bank is displayed, keep in mind that certain poses may tip the balance of the bank and will not work. 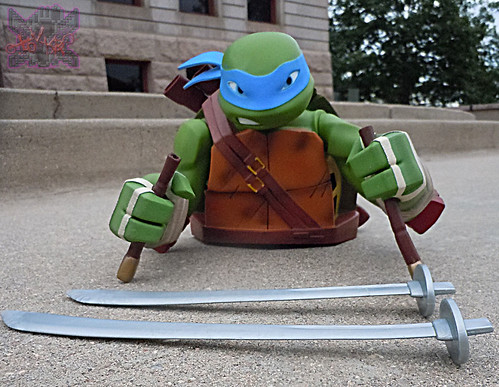 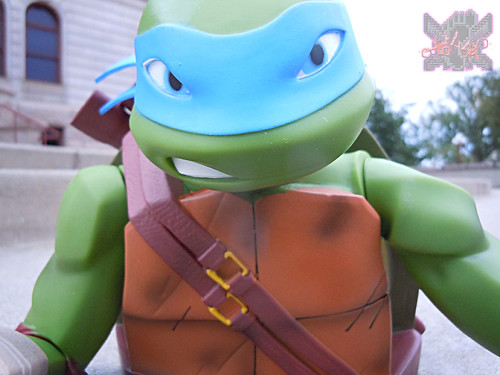 The elbow structure and weapon positions need to be placed to offer support to the bank. You should be able to position the bank in a cool n’ fun pose without it tipping over, you’ll just have to play with the arms and poses ’til you find something that works to your choosing. 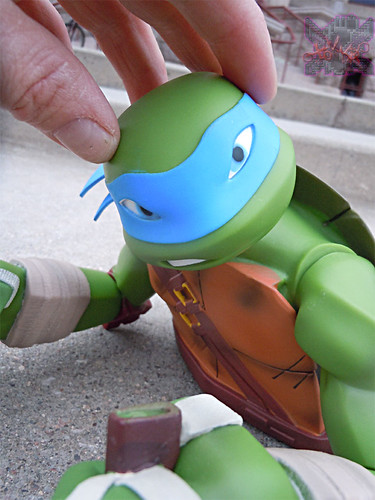 Weapons are of a decent, tho in Leo’s katana case — the plastic is a bit flimsy. Each bank needs a small amount of assembly to put the weapons in the Turtle’s hands correctly. Mike’s nunchuckus have a real chain. 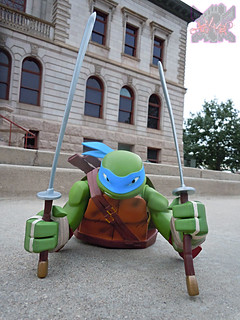 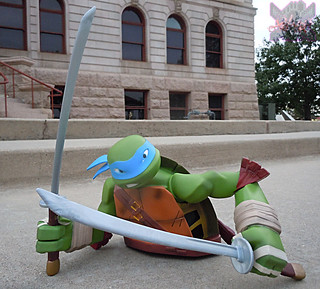 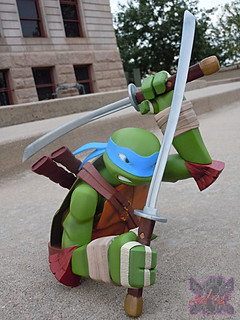 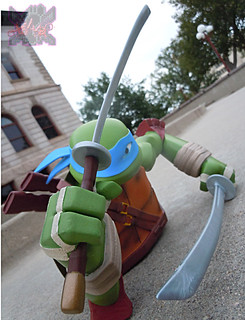 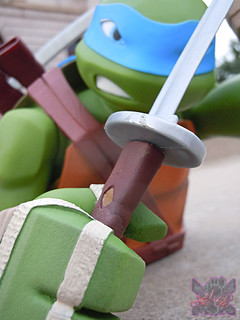 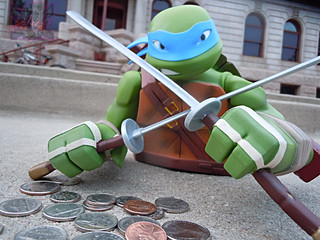 One can definitely see this being a fun change savings device for kids but again it is not necessarily a toy. Parents should prolly use some discretion if getting this for their children, especially if the little savers are very young. These are defiantly awesome pieces for the bigger kids & TMNT fans to save their pennies in the tradition of high quality standards of Art Asylum and DST.

“The Ninja Turtles are still raising shell! Twenty-five years after their debut, the TMNT are as popular as ever, and this 8-inch vinyl bank depicts team leader Leonardo in full action mode, wielding a pair of katana swords. Insert coins through the slot in his back! A Diamond Select Toys release. Designed by Art Asylum!” 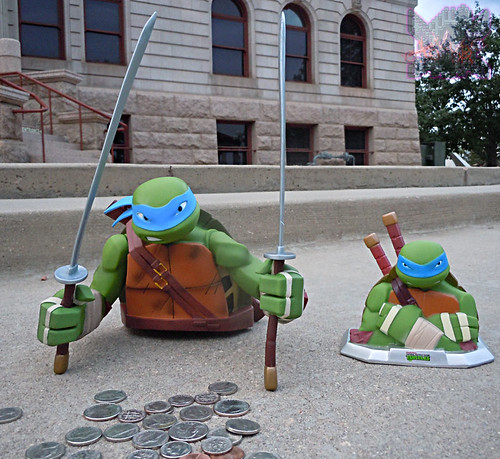 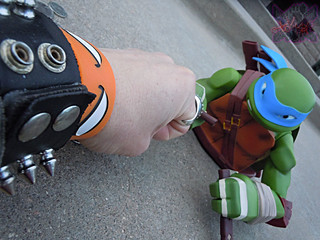