Overview: Tokka and with funding from readers like YOU !!

The city has gone “BATTY” and all the impressionability impressionable youth have been swept away in the evil crime wave of the unscrupulous BAT CLAN’s BAT-MANIA. The Dark Knightdentious and phenomenon of the “BAT GUY” is secretly influenced by the salad loving Oroku Soggy, now known as THE SHOOTER.

Toyoduh :: The groups’ Über-nerd teen and egghead is an expert with yarn powered DUDE•L •LOOM.

Viceroy :: The ‘cocky wiseacre’ of the group and happy-go-lucky safety patrol mutant is a hand expert with all things that go ON & OFF with the famous electronic accessory known as the “CLAPSTER”.

And finally there’s the whiny Pierrier :: This brooding LOUD-MOUTH is a Mr.Master with the MASTER MICROPHONE.

When the Turtles’ SECRET UNDERGROUND PAD ™ underneath the Popeel TV MARKETING DEVELOPMENT LABS is Überley decimated .. a wake-up call from the crime fighting, tiki-mask wearing Kootie Jones ( who fights crime with real kooties & harkens back to a day of the grittier Turtles that weren’t all soft n’ squishy – a void filled by the notorious BAT GUY fandom ) and a not-so mystical cardboard cutout of Match Stick ..may be just what they need. Just what they need to get back in shape to the Bad-guy BAT-BUTT kicking comic-book BAD ASSES they used to be before they all got fat n’ soft on official GGSSST branded cereal !! !!

Will the Sushi Turtles & Match Stick be able to save the city and her youth from the twisted Bat-Empire of the Shooter and his “Festering” lackey; Master Shih Tzu ?? Or will Shooter take over the city like an IRON CHEFand transform it into sneeze-guarded salad bar of the world ruling with an IRON SALAD TONG ?? Will April MayJune & Kootie conquer each other’s egos and a let love conquer all ??

— er just pick up this insane masterpiece of a book – – that has to be read to be believed ( if you CAN BELIEVE IT ) and coming from the one & only mad genius that is MARK MARTIN !! !!

Direct from Rich; your Rocky Mountain Comic-Man; the first quarter of the new year brings the return of the Triceratons, X-files, Ross C.’s continuing Northampton, Animated Adventures, and more. No sign as to comic adaptationd of the new movie or related just yet, but it may just be too early.

If you had not heard, **I’m immensely sad to relay the passing of James Avery via CNN :: 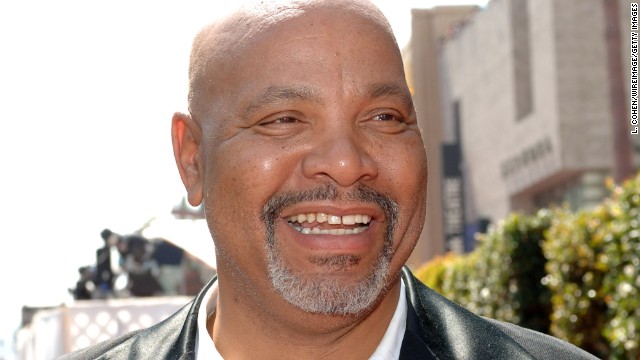 — Actor James Avery, who played the beloved Uncle Phil on the hit 1990s sitcom “The Fresh Prince of Bel-Air,” has died, his publicist said Wednesday. He was 68.

The cause of death was complications from open-heart surgery, said his manager, Toni Benson. Avery had surgery on November 11 and died Tuesday evening at a hospital in Glendale, California, according to Benson.

Avery played Philip Banks, the stern but loving uncle to Will Smith’s character on the show.

“He strove to present an Uncle Phil that everybody wishes was their uncle,” Marcell said.

“I’m deeply saddened to say that James Avery has passed away,” Ribeiro wrote. “He was a second father to me. I will miss him greatly.

“Our condolences to aunt Florence (his mother), Miss Barbara (his wife) and all those who loved him,” Pinkett Smith wrote.

A classically trained actor and poet, Avery grew up in Atlantic City, New Jersey, where he was raised by a single mother. He served in the Navy during the Vietnam War and first appeared onscreen as a dancer in an uncredited role in the 1980 film “The Blues Brothers.”
..

A biography provided by his manager said that after he served in the military, Avery moved to San Diego, California, where he began writing TV scripts and poetry for PBS. Before joining the military, he once said, he had dreams of being like Richard Wright and living in Paris. But life took a different turn.

“I knew I loved the arts,” Avery said in an interview for the show “Unscripted.” “I knew I wanted to be a writer, but the theater was something I had been involved in before.”

Avery appeared in multiple TV shows and movies, including “CSI,” “That ’70s Show,” “The Closer” and several appearances as a judge on “L.A. Law.”

Indeed, with his deep, mellifluous voice, he frequently played judges, professors and doctors — Uncle Phil began as a lawyer and eventually became a judge — and was much in demand as a voice actor. His voice roles included Shredder in the “Teenage Mutant Ninja Turtles” series and James “Rhodey” Rhodes in the 1990s animated series version of “Iron Man.”

He most recently appeared in Zach Braff’s new film, “Wish I Was Here,” which will premiere at the Sundance Film Festival later this month.

The show, co-executive produced by Quincy Jones and created by Andy Borowitz and Susan Borowitz, cast Smith — then best known as a rapper — as a Philadelphia teenager who is sent to live with his wealthy Los Angeles relatives. As Banks, a former civil rights activist and Harvard Law-trained attorney, Avery provided a role model for Smith’s sometimes wild character.

Avery, too, leveled with youthful audiences, noting in “Unscripted” that he left home at 18 because “I had too good a time.”

In a 2007 interview with the New York Film Academy, he was forthright about his abilities.

He is survived by his wife of 26 years, Barbara Avery; his mother, Florence Avery of Atlantic City; and a stepson, Kevin Waters…