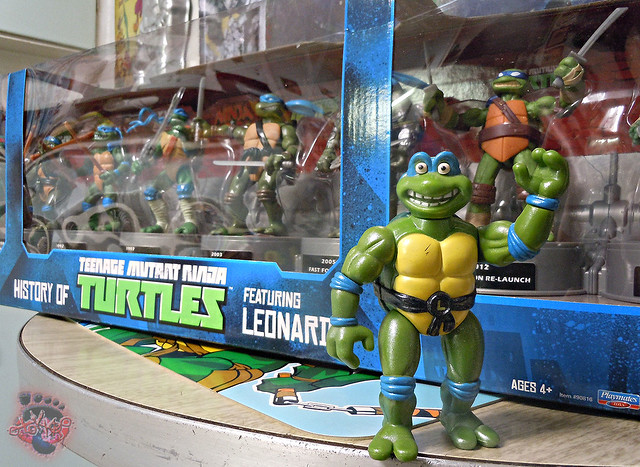 –>> Now that the major Holiday Hurricane is marginally over, least the worst of it is – – as we CAREEN towards 2016, perhaps Santa left you this BIG GUY of a display piece as a memento of 2015 & a sampling of Leo figures of recent of Playmates’ days of yore.

The TRU Leo set is based on the original “History – ” display at the PLAYMATES offices in California. The 2007 Movie Leo toy is in this original display piece, as well as the unreleased 2010 COMIC Book Leo based off the Michael Dooney MIRAGE style.

Due to the massive undertaking on breaking down this piece we’ll compliment it by posting the trusted Pixel Dan E.’s review of the entire piece, then one by one break down and compare the reproduction figures in the set with original carded vintage & recent versions – one post at a time. This is a decent set, but modifications were made partly due to stabilization for the purpose of semi-mass manufacturing a retail piece based on an original IN-OFFICE Playmates model. Originally conceived presumably in 2009, this model I believe is featured lightly in 2014’s “TURTLE POWER” documentary. But the Turtle’s licensing and multimedia world has changed dramatically, and even exploded since the franchise changed hands in 2009. The TRU model reflects these changes,  — thus – — – 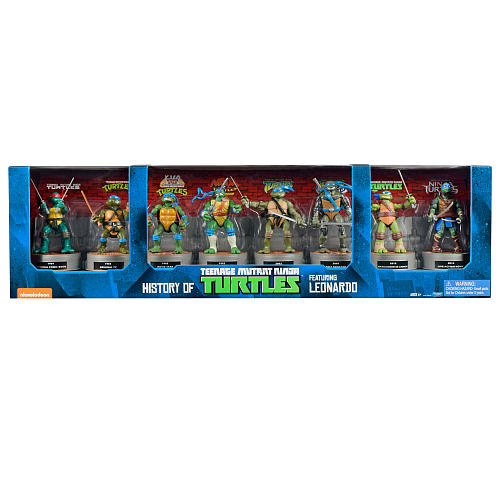 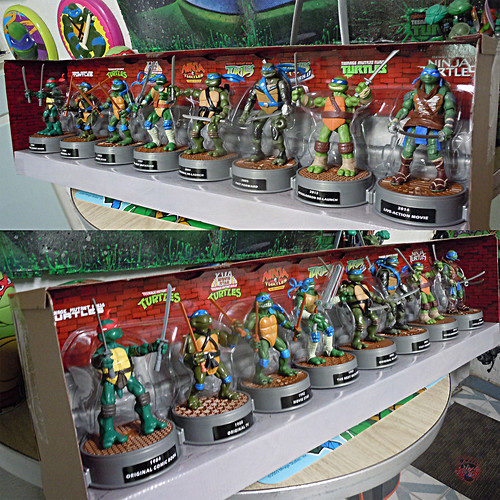 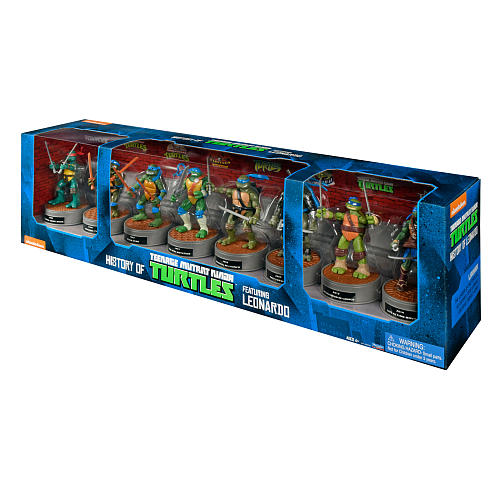 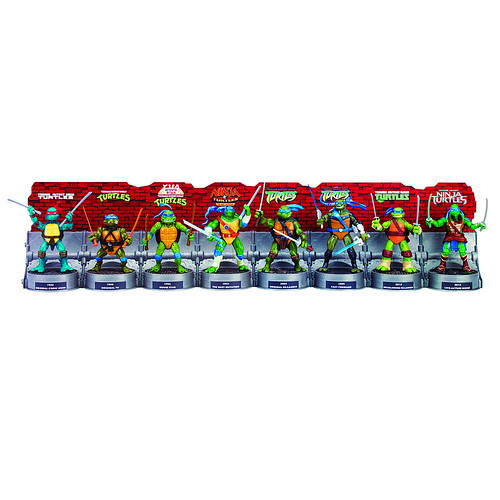 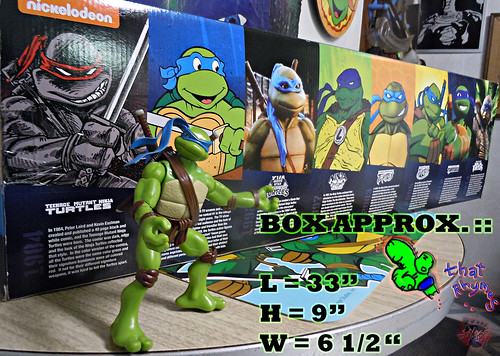 Display platforms connect with each other to create one ultimate Leonardo collector display. 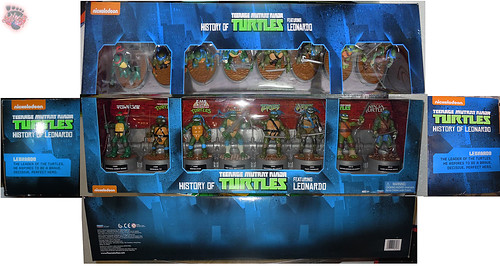 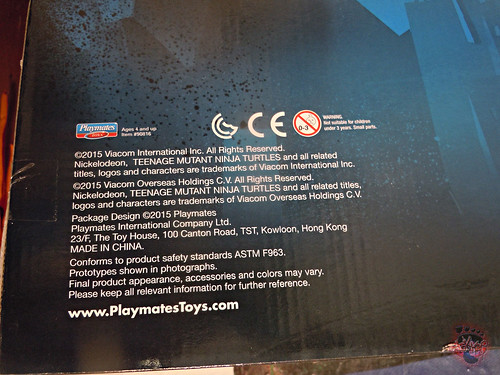 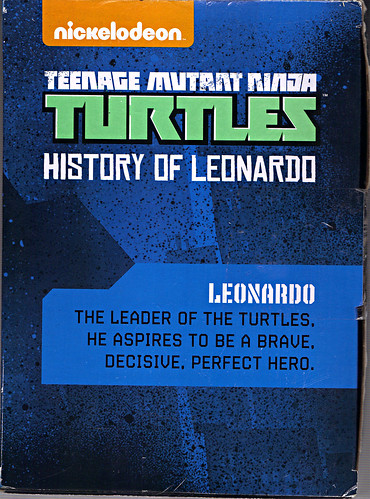 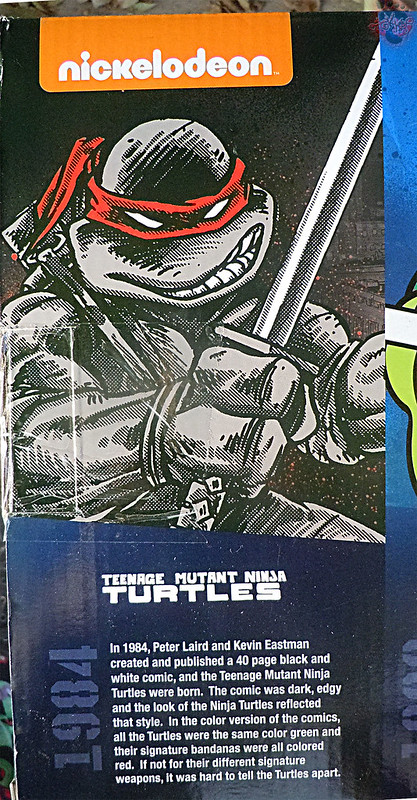 Let’s take a quick look at the first in line in this set ::  Varner Studio’s  COMIC LEO with the same figure released last year ( 2014 ) with the tOkKustom paint wash . 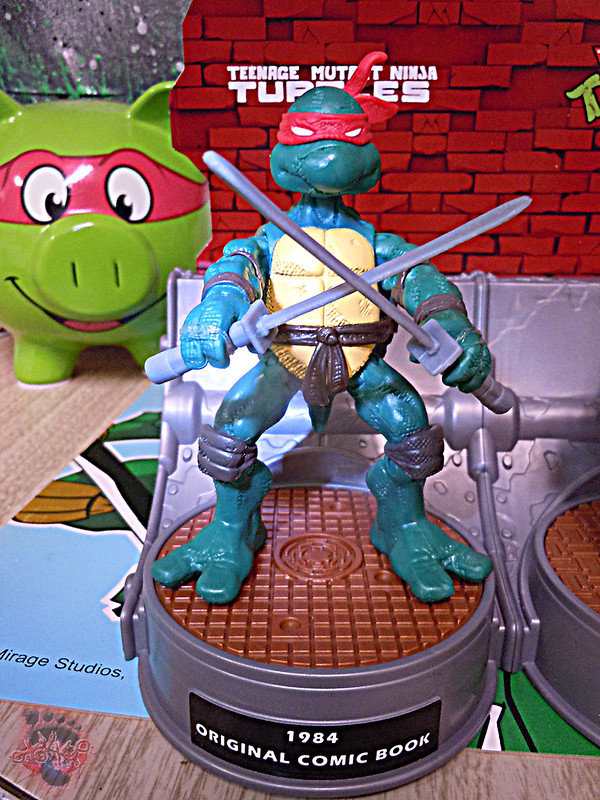 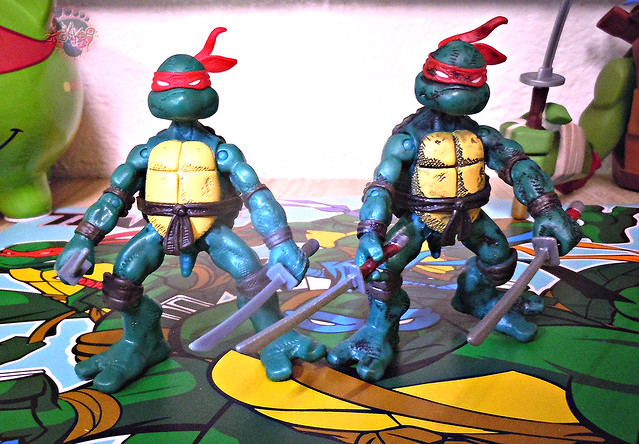 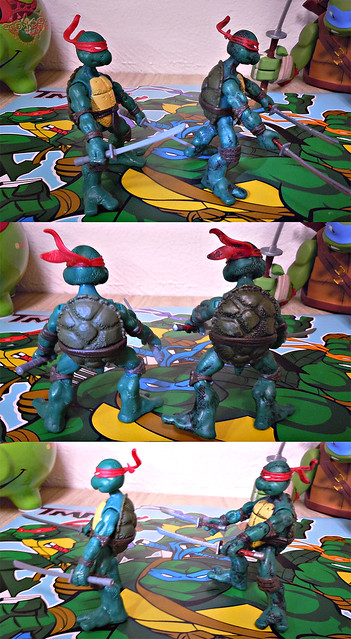 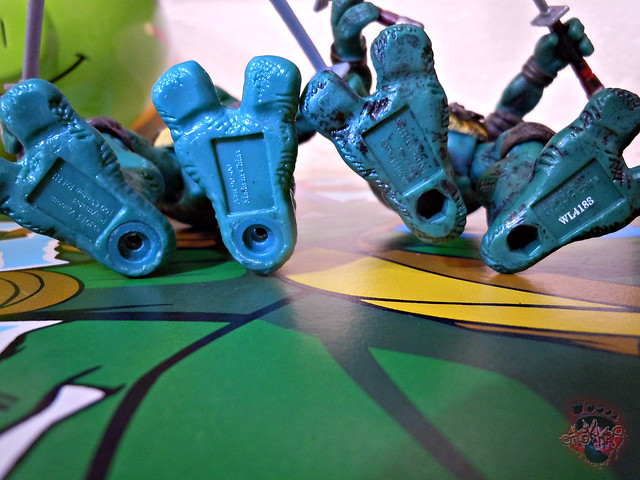 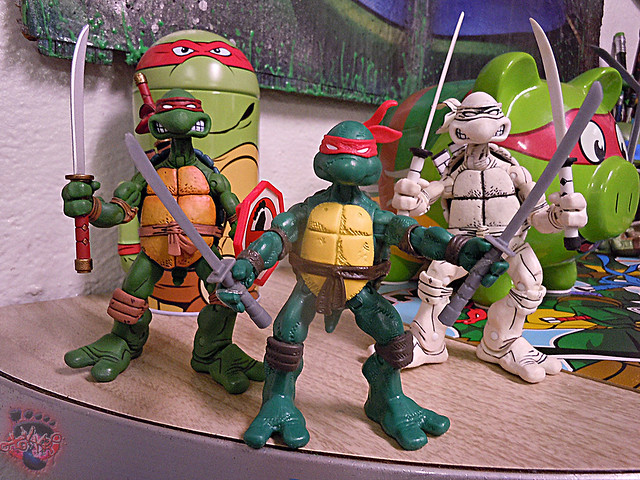 I’ll break apart the set, one figure at a time for each post and we’ll take a closer look “year by year” and compare each LEO reproduction with their original released counterparts ( and then some ).