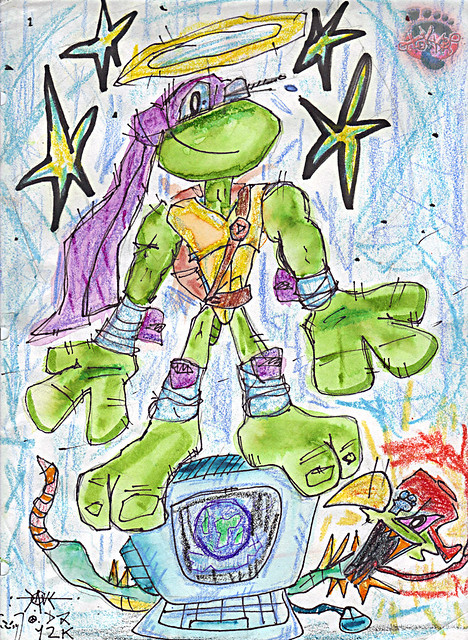 Seeing the past few week’s comic incidents have lead Donatello to a whole new level of interest and “Saintly-hood” now that he’s dead AGAIN. A Satanic little Tokka-snake is keepin’ an eye on things just to keep things real and perhaps make this post somewhat ironically appropriate this fine Easter day.

tvshowsonDVD::
..finally an official hard-copy North American release for the popular 2003 4kids run of Turtles post PARAMOUNT’s ‘ TURTLE FOREVER ‘ release darn near 5 years ago.. It’s not much, but it’s a start, perhaps in time a collected version of the entire series could manifest. If you already have your old FUNIMATION releases, ya may want to hang on to that. If not, these budget priced releases may be kinda fun for you !! Read on ..