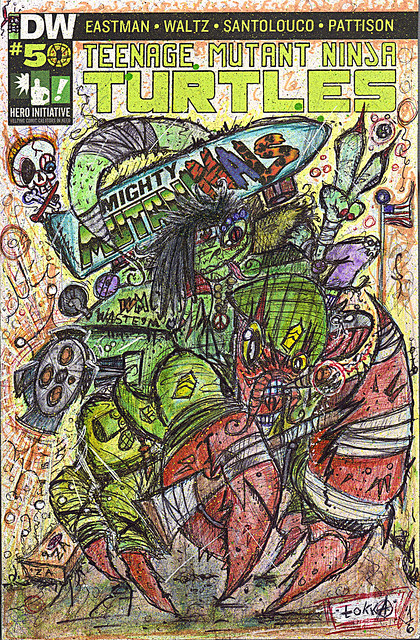 ***CHECK OUT THE FULL ROSTER OF OTHER TMNT 100 covers, Hero Initiative benefit prints, other covers and items here !! !!  *** 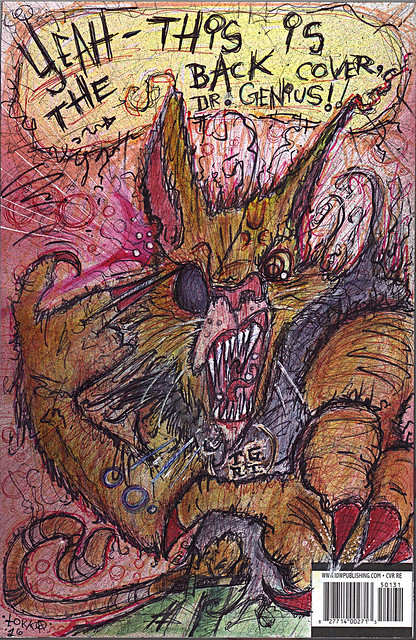 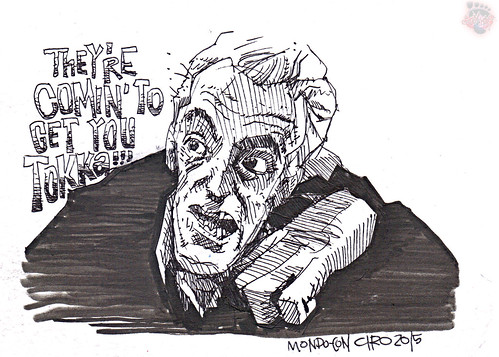 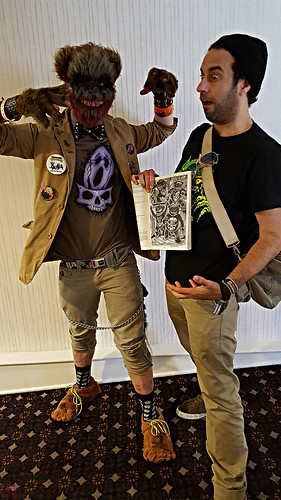 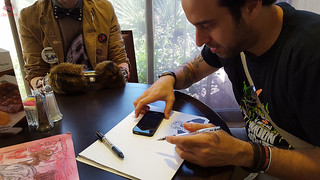 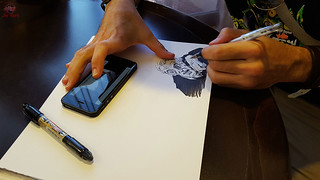 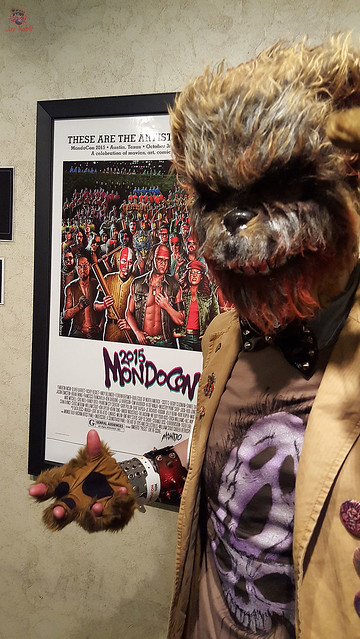 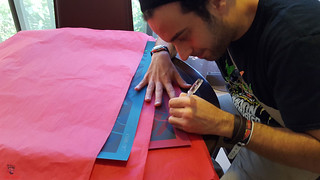 **** Third parties are selling these pieces on auction sites for slightly higher price points. More careful attention will be paid to Ciro’s future endeavors with Mondo from here on out. ..the catastrophic conclusion to season 3 , headed to hard copy on December 1st.

Over the years, I’ve lost various bits and pieces of my Ninja Turtles collection. I lost mostly comics and collections of various artwork I drew in celebration of my favorite halfshell heroes. .

This is why I am proud that I still have the first ever TMNT Drawing I produced in 1990 at the age of 12 during ‘8th Grade’. Despite being 26 years old, going through various home moves and survived a bottle of aftershave being spilled on it (the smell has gone now!) I have been able to immortalize this for more to see. Ninja Turtles back then for me was at times more of a closet thing. I was dictated to by peers and adults that 12 was not an appropriate age to be liking ‘this sort of thing’. I defied that Status Quo, but at times hedgehogged away with my love of drawing and these characters – just to keep the peace from the ‘populars n plastics’. There is only so many times one can serve detentions and suspensions.

Pop Culture that many years ago seemingly wasn’t as accepted as it is today. Looking back, I can’t help but be smug about also being told I would grow out of ‘this sort of thing’ in the next 20 years.

So, I proudly showcase once again my simple ‘from reference’ illustration of Raphael popping up from the ‘Manhatten’ Sewers. I am just as proud of the Ninja Turtles brand today as I was back then, only without the occasional ‘hedgehogging’.

Well, the long awaited Heritage auction has finally arrived. And with it, there have been some staggering results. So without further ado, here’s what happened: First up, we have the heavy hitter. Easily the most important TMNT artwork ever created. And at auction, it lived up to the billing. It raked in the most money ever for TMNT artwork outside of Kevin’s $250,000 ebay auction where he sold the entirety of TMNT issue #1 (covers, interiors, etc.). And like that auction, this piece likely has ended up with someone who is not necessarily a TMNT fan, but simply a fan of comics history. What a fantastic piece… Next up, we had an interesting piece of TMNT lore: the fabled check that helped jumpstart the careers of two fledgling comic artists. Without this check, the turtles would likely not be here…and the world would be a much sadder place because of it. Also in the auction is a copy of that first image, plus a copy of issue #1 (printing edition unknown) Here’s a true rarity: the only printer proof for TMNT #1! Again, another tremendous piece of TMNT history. Coupled with another copy of TMNT #1 first printing, this was a heck of a combo! This lot had a number of very interesting pieces in it. A first printing of the First’s graphic novel is no easy book to come by. Additionally, you get some neat newspaper clippings of which none are lilely still around. The office trademark for the TMNT is also included, along with a recreation Kevin did of the first turtle back in 2011. Now, I have to admit this price came as a COMPLETE shocker to me. Sure this auction included the very first edition (1/1000) of a rather rare hardcover. But what makes this book is the fantastic Laird art drawn on the inside. Unlike Eastman, Laird art is pretty tough to come by…but tough enough to justify this price? This book reached a price that was strictly reserve for the rarest of TMNT collectible books: TMNT #1 first print, Gobbledygooks, Turtlemania Gold. Welcome to the four figure club!

For you toy fanatics out there, here is an awesome piece. One of the original prototype resin casts that were given to Kevin & Pete back in 1987. This lot also included some catalogs as well. Another awesome lot, this one is for all you movie fans out there. The highlight of this lot  included scripts from the unproduced fourth live action movie. Going along with the movie lot, here are 25 pages of art that were drawn to supplement that fourth movie. Some of which has been seen in Kev’s “Artobiography” Kevin pulled out a couple of favorites to sell separately, and here is one of Kirby. And the final piece, another great image of Kirby.

Well folks that concludes the auction. For those keeping count, that’s nearly $90,000 in Turtles dollars total for this auction. Whew! Seems like the Turtles collectible market is as strong as ever with some awesome pieces fetching some stratospheric prices. So did anybody win? Any thoughts? Comments?

Man, that was fun! Do you love Eric Talbot as much as we do? Probably not! Because we love him a lot (it’s almost inappropriate)! Which is why we were so broken up about not being able to see Eric’s exhibit at Dream In Plastic of New York in person! But fear not fellow Talbites (see what I did there?)! GoGreenMachine contacted Jenny at Dream In Plastic and she was wonderful enough to take pictures for us and send them over! THANKS JENNY! If you want to see Eric’s exhibit in person, you can check out Dream in Plastic @ 177 Main Street — Beacon, NY 12508 from now until the 10th of November! Buy some Vinyl toys while you’re there, cause I know you don’t have enough!

For all of us that can’t make it out, Click the Pic above to for right to the album. Thanks Again Jenny, and Congrats Eric!