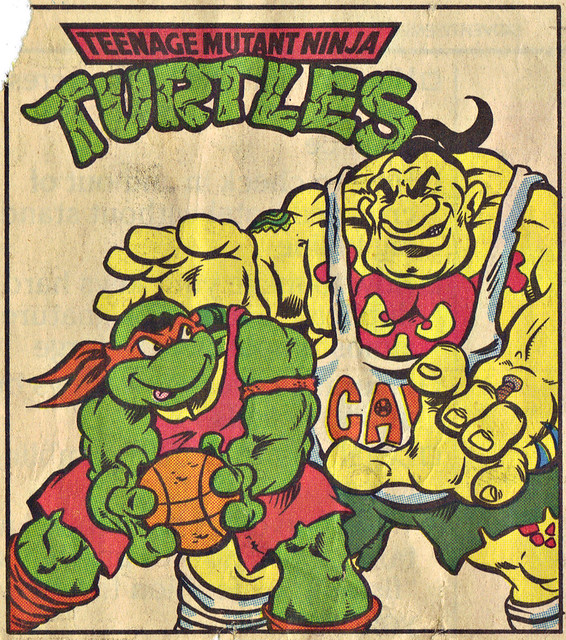 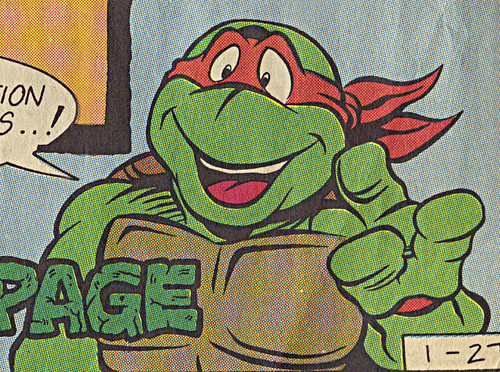 –>> The publishing date for this Sunday puzzle/strip will have to remain ambiguous for now so i cannot list it chronologically outside of the publishing year.

Tokka has allot of these Sunday strips, but not all of them. Some are hiding from me in the apocalyptic shambles of my collection and need to be recovered still. This one was discovered the other night while i was cleaning out debris from my closet.

This appears to be the most damaged of those old strips and the publishing date has been mostly torn off.

I’m lucky to have what i DO have as this important publishing effort & piece of TMNT history continues to go somewhat unsung.