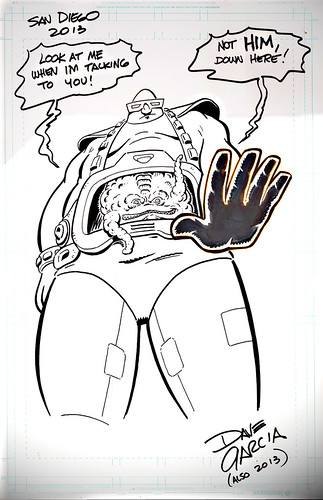 –>> Spring time means thing slowly start to turn “GREEN” ..on peoples’ lawns and on pegs..and the “WEEDS” are starting to pop up their ugly lil’ heads slowly too – so to “ROUND UP” ::

So yet again, like a broken record, Tokka’s gonna beg you to exercise patience & WAIT just a tad longer  – cuz as this pattern continuously shows .. the figures that do this rotation post ebay usually head over to the brick n’ mortar stores & online retailers like **Playmates’s Web Shop at much  more reasonable prices than at online auction. Of coarse, it’s up to you .. depending on your situation & how desperate you are. Oi .. !! –>>  Past several days, the REAL wave two & next set of deluxe figs of Nick’s TMNT have been hitting some stores slowly across North America .. and on **ebay.  Again, Tokka’s gona gently plead to use common sense and wait out the ridiculous prices some are charging on the ‘bay, unless your back is entirely against the wall or just so desperate for newest figs and money isn’t much an issue. Prices will stabilize once they hit brick and mortar stores and other online vendors like the good ol’ **BBTS.

Looking carefully, and as yet unconfirmed ( Tokk just doesn’t get to do forum hoppin’ like he used to. UGH !! ~~ ** ) ..the Ooze line of teens may have removable noggins like their wave 1 counterparts.

If that’s the case, theory would lead one to believe you could swap the heads out if you wanted to make your Wave 1 TMNTs a little bit more show accurate than their initial sculpts.

** Pre-Toy Fair surprises & previews await on the Playmates official site including the return of some old friends in the basic and Classics waves of the coming months.

Now, according to ** TOYARK & Hurrijak of T-drome here’s a nice breakdown of what’s to come in plastron-plastic form and a few spoilers actually for the rest of season 1 ::

Cowabunga! Thanks to Hurrijak of the Technodrome forums, we have a list from Walmart computers showing listings for upcoming…..

A second version of Splinter and Saki on the docket gives hope for better sculpted & design versions of the Turtles’ essential supporting cast than their somewhat disappointing wave 1 entries.

Early design influences prompted the figures’ off looks last year i’m sure so let’s hope things shape up at least just a little bit better in ’13.

Cross you’re claws we won’t get let down. X{

Looks like Michael Bay may be at it again, here’s our ol’ friend Josh C. ::

But back to the small screen, a thing about rats..  it appears that a special showing of the next ep of TMNT “I, Monster” .. will hit Nick stations Friday January 25, 2013 !! –>> Some grubby ebay diggings show some grubby ebay listings for Metalhead, Fishface, and Dogpound in package, with slight paint variations than the prototypes shown earlier this year.

So let the manic ebay bidding begin, or the more sensible penny-pinching ..cuz if you wait just a week to 3 .. these guys will start showing up on pegs in brick and mortar or in more abundance online at more sensible prices. The choice, of coarse is yours. Almost everyone knows by now the edits made by U.K. censors in the early 1990s to TMNT animation,movies, and related product lines. “HERO” Turtles was wildly successful none-the-less in spite of edits eliminating most of Michelangelo’s nunchuku skills and scenes & the word ‘ninja’ itself nearly altogether. This did create a bunch of uniquely labeled U.K. TMHT memorabilia – but still the edits went down in Turtle history as something infamous.

Across the Seas, GGM’s pal “HERO” chimes in with this with his recent viewing of the new NICK TMNT show in England ::

..interesting little bit, i guess what goes around comes around and in this case the censors return to the TMNT with a little vengeance.