–>> Just when ya think it’s over for the **TMNT Cubeecraft Cut-out figures, Cartoonist; ***Josh Wolf swoops in with a fresh new batch of Paper-Mutant Creature Craziness. 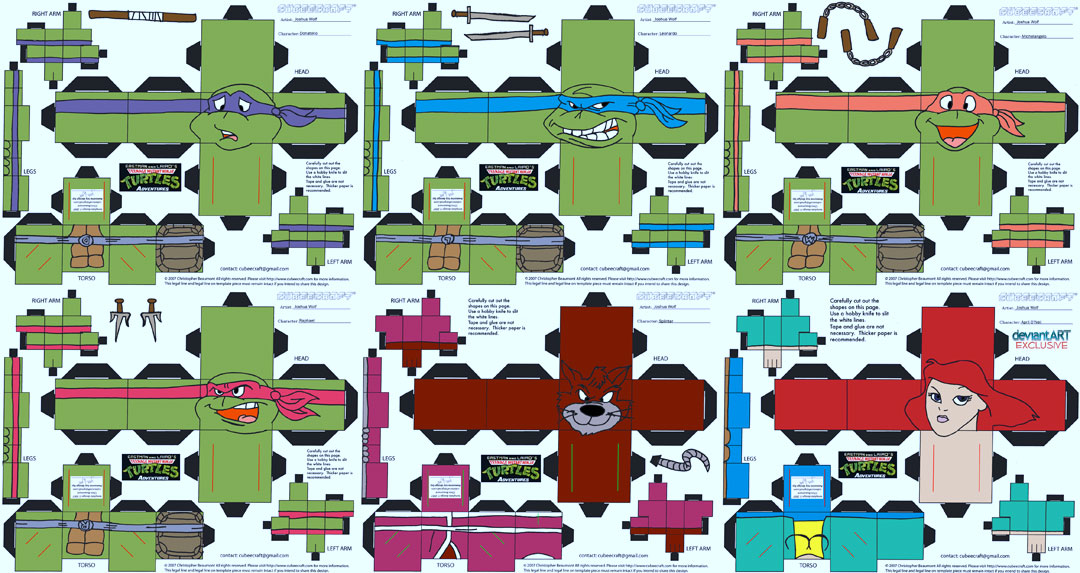 –>> With such low and no TMNT T.V. coverage, Tokka’s been too depressed to even turn on the teli let alone check in with 4kids’s website. Thus i missed a few weeks back this kick-arse bugger based on the TMNT Volume 1 TMNTS and their animated appearance in Turtles Forever !! !!

Yep Christopher Beaumont strikes hard with this paper craft figure & fades away into the night !!

** The Comic Style TMNT Papercraft Fig is available for download here on 4kids !! **

*** With the companion weapons pack ..*** you can cut out a pair of ‘chucks, katanas, sai, a bo staff (and even a trans-dimensional portal stick for some Multiverse hoppin’ ) to create all 4 B/W comic turtles !! But there’s a catch – – as always. 4kids will charge 2000 rewards points.

So go ahead and play their game .. you have no choice !!

Give up all hope and redeem your  gosh-darn valuable REWARD POINTS.

There is absolutely NO OTHER WAY to get those cool Mirage-comic weapons.. thus leaving your Comic Turtles vulnerable and defenseless to the evils of the one true SHREDDER !! !!

The TMNT  CUBEECRAFT Multiverse is Doomed !!