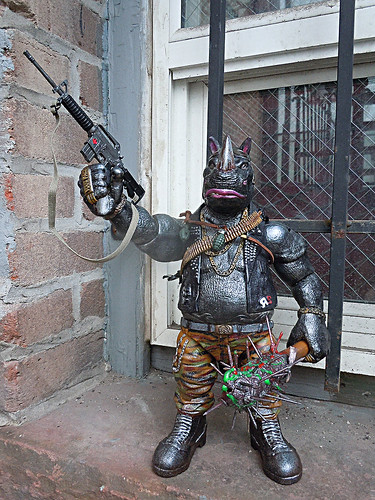 Did the best i could to make this famous Retail Rhino Rabble-rouser REALLY nasty !! 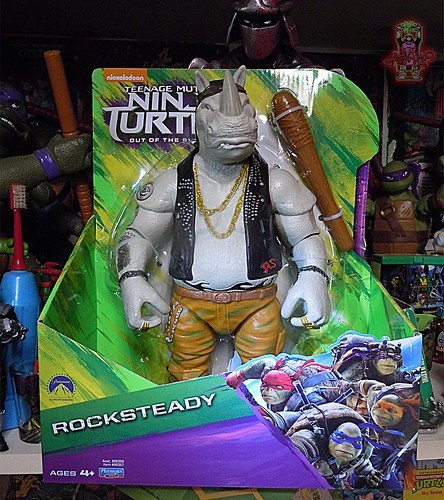 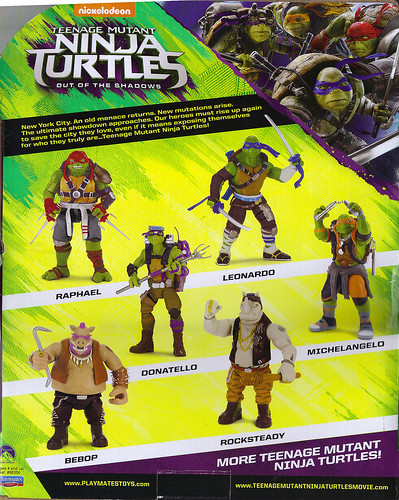 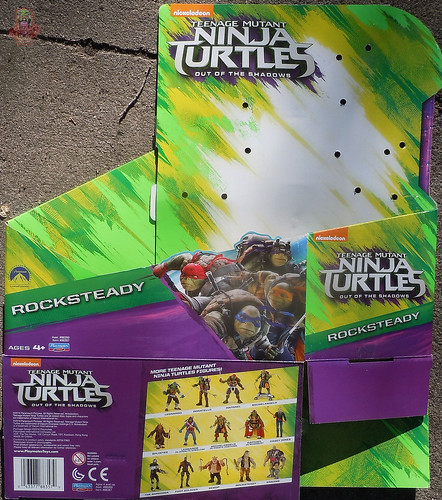 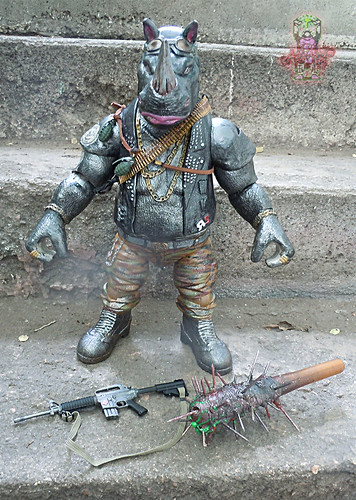 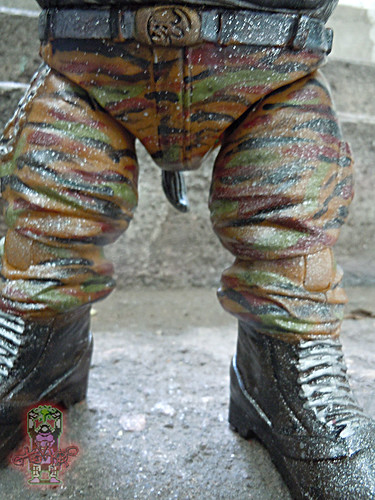 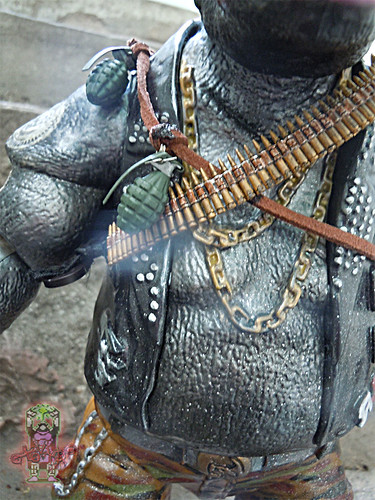 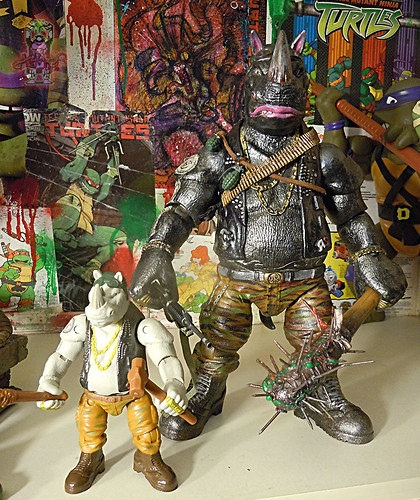 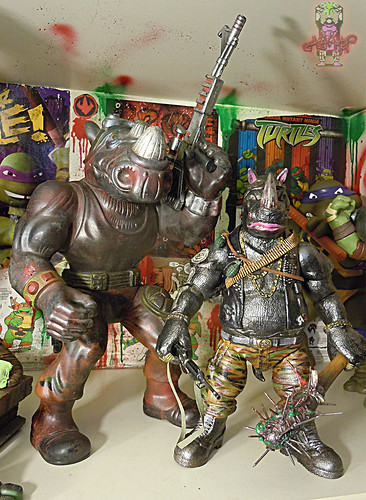 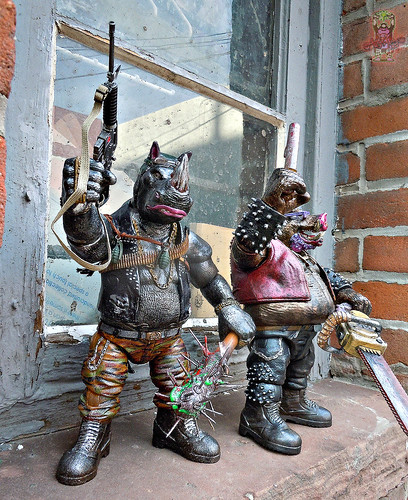 Highlighting the options, among the fact that all specially marked packs come with 4 TMNT Masks for the family — we also get exclusives :: Check out these cool graphics on the PIZZA HUT Delivery scooters recently delivering the Teens’ favourite pie in Japan !!

Cinema Frontline JAPAN:: Translated – Jared-Krichevsky’s beautiful and crazy concept art for the Film’s Splinter, Casey, Shredder and the insane creative renderings that became the most crazy thing in ANY TMNT movie – KRANG !! INTERVIEW: Stephen Murphy opens up about fear and slivers of hope in THE PUMA BLUES and UMBRA, little bit of info on the canceled direct-to-video TMNT v.1 #1 animated adaptation

Back to toys and more fun .. This is a TMNT “creature feature” fan film with practical effects. The way you remember it. –>> A little late on this, however – GGM has an exclusive shot of the early BEBOP tactical costume used for BLOOD BROS.

*** 7 more days to go on indiegogo !! You can help Scott out on this fan-made and home made dream project.

And unlike the unforgiving Kickstarter campaign to raise funds, every dollar donated ( even if  is going to Scottie’s cause to create this incredible short, unlike anything in fim for TMNT we’ve ever seen before !!  ** “AGENT 88: THE ART OF 88 opening night was a huge success and we’re going to continue screening for the next 3 weeks. If you’re available to come down to the screenings please do. Included here you’ll find an invite to the May 30th screening and below are the remaining dates at Petra Gallerie are as follows: Every evening is a bit different in that the artists that are signing books and prints from 7:00 til 8:30 are different each week as well as the Live Talent performing between screenings.

We’ve included some shots from the event, where we we had the pleasure of seeing quite a few of you. Some that flew in from as far away from Japan, U.K, Hong Kong and from around the USA. It was …..Mind Blowing are the words I think I’m looking for. All 561 backers had their names up on the big screen for the first time and it was a great feeling to see how far all this has come and where it all started…with you. Thanks for the leap of faith!

“As long as I am breathing, in my eyes, I am just beginning.” ― Criss Jami –>> **Amidst Michael Bay’s plea for calm .. amongst the committed Turtle-Fans concerns over the next film ..your ol’ pal Ernie Reyes Jr. has been crazy busy as a power-hungry scientist !!

The Madcap Martial Artist, Actor, Instructor , Choreographer,  n’ stuntman ( ect. ) has taken on new the task as comic book writer with none-other than **Jim Lawson of coarse..  as he continues to face his biggest challenge : Fatherhood !!

Still Turtles are a major part and influence in Keno & his Family’s life.. not just as a TMNT fan-favorite and alumni of the Teens’ classic film cast. Early on in 2009, during TMNT-25 celebrations Ernie was brought in for the Movie to help the Foot Clan look out for new martial arts actors to play Foot Ninja in the new film. Ernie was so excited at the prospect being of being involved in the Ninja Turtles Reboot he made a surprise appearance at 2009’s San Diego Comic-Con & the Movie’s Panel to make a passionate plea for his case & for Keno & Ernie’s involvement in the new film to Scott Mednick,Galen Walker , Kevin Eastman & Mirage’s Gary Richardson !! He even stuck around to celebrate the release of the animated Turtles Forever with the Mirage Staff & fellow comic writers Tristan Jones and Andrew Modeen ( ..and umm.. the Rat King )!!

*** Ernie is counting on allot of support from his fellow TMNT aficionados !! A fan-driven effort to continue to bring attention to his great want in involvement with the new Turtles movie on FACEBOOK HERE !! *** And in the mean time check out MMA Disputed’s killer 2-part interview with Ernie and his further TMNT film ambitions, Martial arts, family life and a bit about his new comic !!