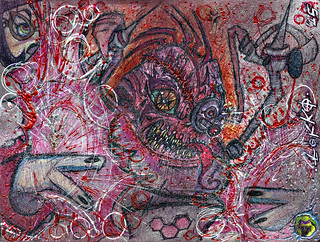 WARNING::  tOkKa’s work has been known to delve into the world of TMNT Kitch & lead to unique sets of belly laughs, groans, and giggles ; as well as projectile vomiting.. so be wary !!