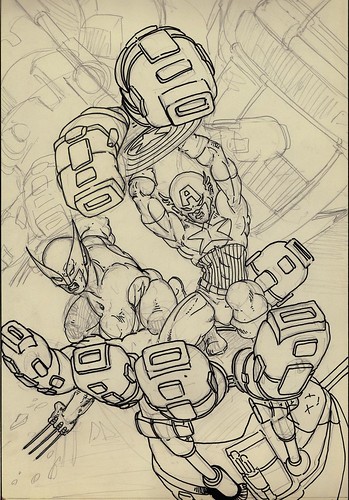 –>> .. Rich, our Rocky Mountain TURTLE Comic-guru  has got your SUMMER comic schedule from  IDW, click the link of each corresponding issue to get the details from Rich himself ! !

***Nick “NITRO” , superfan and friend has a really impressive and ambitious “HARD CORE TMNT” FAN COMIC project going on that needs a little love and support on PATREON ; check’it. This is really cool !! !!  :: As usual, the drum i pound each and every-time until the damn drum breaks breaks: ” patience is key “. More power to the individual collector or ones of extraneous circumstances who can afford the really wacky and sometimes unreasonable prices any particular dealer offers for advanced product. Not to chastise any particular dealer, i’m sure they price things based on demand. More power to them too.. But if you stay vigil and PATIENT the same product should, in most cases be available locally in your area soon, if not very soon. This includes product based on the current T.V. Show from Playmates ( Rahzar, Slash ,LARP TMNT, et al. ), Kidrobot Vinyl releases, ect. When these items show up online in auctions or the toy reviewers receive them from the companies for critique, that’s when you keep a calm and cool eye – best you can on your local store pegs. I know it’s not easy .. but even if i like or not – -it’s the nature of the hunt. Staying cool and collected and learning / recognizing the patterns and signs of product releases makes good sense for getting EVEN THE COMPLETEST everything they want for their particular collection. and you don’t have to break the bank and sell the farm and stress out to make that happen. I’m tellin’ you this cuz Tokka’s gotta tell himself the exact same thing in regards to collecting all the time.   🙂 And if all else fails..  yes yes.. THERE’S ALWAYS EBAY.   Real quick, our friend  Powder showed us a glimpse of the newest MOVIE T.V. spot with a new Shredder viewpoint. I’ll try to post that soon.     ~ t **ifanboy :: “With the TMNT license, IDW Has A Chance With New Stories As Well As Collecting Forgotten Classics”

***To Be, Or Not To Be…? – Info regarding the struggling but ambitious P2P book & the Panel to Panel/Kickstarter fund raising campaign. ( Definitly wana watch this one and support it if you can. The TMNT / Usagi content alone is healthy with plenty of material from TMNT alumni like Steve R. Bissette, Mark Martin, Rick Veitch, Steve Murphy , Stan Sakai , Mark Bode, Eastman, Laird , Mirage, and other Comic legends like Rob Walton & Craig Yoe ~~ )

**** Murphy Sings the Blues, short excerpt from Panel to Panel ; “Steve Murphy Comes Out Of His Shell” –>> REMEMBER .. Gather your mob together  THIS SATURDAY:

..** Click to Find out More and your Nearest Participating  Comic Shop, Library or Book Seller !! **

What it’s about: Edgy writer Brian Michael Bendis, who rejuvenated Marvel’s stalwart superteam earlier this decade, continues to shepherd the group into uncharted territory with his new Dark Avengers series. This Avengers giveaway should be a nice intro for incoming fans as well as a fun refresher for the converted—not to mention a way to build hype for 2012’s Avengers movie, in which Iron Man, Captain America, The Hulk, and others will band together on the big screen.

If you like this, try: Marvel Masterworks: The Avengers. This reprint collection of the early-’60s Avengers comics has been published in various forms over the years, but Marvel is releasing it in a fresh trade paperback in May that compiles the first 10 issues—written and drawn by the legendary Stan Lee, Jack Kirby, and Don Heck.

What it’s about: One of Free Comic Book Day’s kid-friendly offerings, Owly And Friends nonetheless has a draw for fans of grownup indie fare. In addition to Andy Runton’s immaculately rendered, whimsical cartooning is a backup story (and cover art) by alt-comics sensation James Kochalka—a master of subversively heartbreaking cuteness.

If you like this, try: Quit Your Job. Kochalka’s breakthrough 1998 graphic novel follows the elf-eared, buck-toothed Magic Boy as he tries (and triumphantly fails) to reach the North Pole.

What it’s about: Before Teenage Mutant Ninja Turtles morphed into a pop-culture goldmine, the comic was a small-press, black-and-white publication that coasted on its outrageous name and surprisingly dark, bleak atmosphere. In honor of TMNT’s 25th anniversary, creators Kevin Eastman and Peter Laird are reissuing the title’s debut as it originally appeared: as a crude, sketchy little booklet full of wit and promise.

If you like this, try: Ronin. Not only is Frank Miller’s grimy yet austere 1983 limited series the inspiration for the cover of Teenage Mutant Ninja Turtles No. 1, it helped kick off the samurai-comics craze that culminated in parodies such as TMNT—which, of course, wound up becoming a genre unto itself.

What’s it about: A landmark of “alternative comics,” the long-running Love And Rockets has volleyed wildly from close-knit Mexican villages to Chicano punks to female wrestlers over its 30 years, which makes it intimidating for neophytes. While this teaser doesn’t feature any of the series’ most beloved characters (save superhero wannabe Penny Century), it’s still a good introduction to Gilbert and Jaime Hernandez’s blend of magical realism, goofy wit, and surprising poignancy.

If you like this, try: Maggie The Mechanic. Jaime’s “Ti-Girls Adventures” recalls his earliest stories, where science-fiction and telenovela melodrama mingled freely. If you’re more taken with Gilbert’s “Chest Fever” one-off, start with Heartbreak Soup and prepare to fall in love with the deeply flawed citizens of Palomar.

What’s it about: DC Comics’ major nerd-gasm event of the summer pits the intergalactic police force known as the Green Lantern Corps against its zombie equivalent—the Black Lantern Corps. This prelude to the big dork-off aims to fill in the details for new readers and tease fanboys and girls who have waited years for the showdown.

If you like this, try: Top 10. Prolific comics writer Alan Moore (Watchmen) takes the “superheroes as law enforcement” motif to another level. In it, a police department of superheroes is charged with keeping law and order in a city where everyone has superpowers. It’s The Shield meets The Justice League Of America.