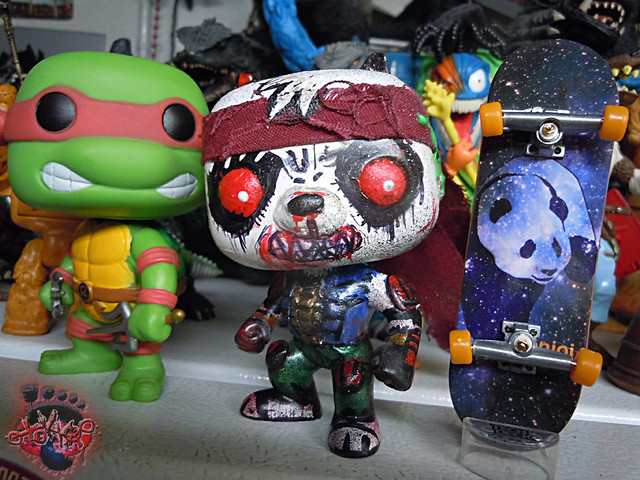 –>> FUNKO’s POP VINYLS are all the rage clear across the planet.

Look at one fun you can have with the DIY BLANK POPs in both male and female forms. TMNT Ally :  Dave Garcia and Monica Sharp’s cult indy comic classic Character  PANDA KHAN was built on the female D.I.Y. 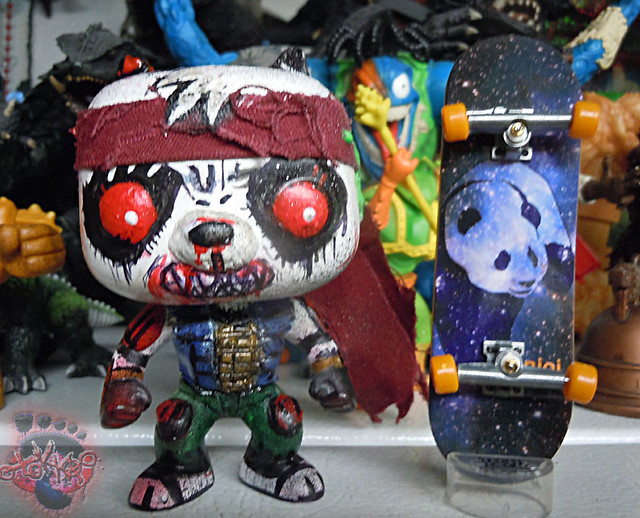 The Tech Decks are rather to scale to the POPS and seems to make a fun accessory for Li Yang here. 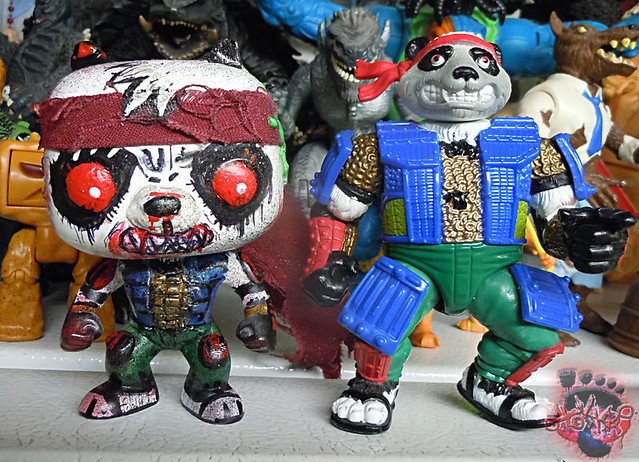 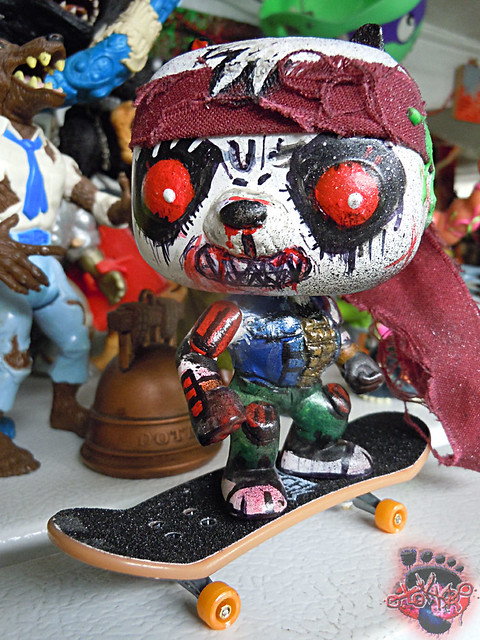